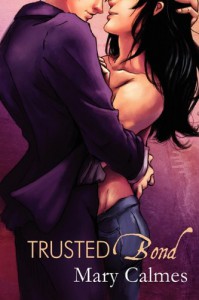 I had to re-read the first one before reading this. No, I am lying. I wanted to re-read it, ever since I finished it. I am aware that the 2nd book is not as good as the first. There are a millions complains I have, which I will point out soon. Like, 90% of the book I was "Gawd, this book is killing me!". I am serious, I yelled that phrase in my mind a million of times.

When exactly? Ha! It would be when:

- 1st attempt of rape: It happens in the first page already. It was ridiculous, I've read several reviews where the readers complained of how many times Jin was almost rape, but in the first page already? Luckily, this one did not bother me so much, because, even though it were 4 guys against one, Jin is strong and agile and quick and could get away easily.

- Jin's doubts about Logan's love: and it is not like he doubts Logan loves him (as if!) but all his insecurities about he-loves-me-because-he-is-my-mate-and-he-has-to. Does he really need to worry about the reasons? It is plain as day that Logan was crazy for him, the reasons are unimportant. I was out of patience with all his "Saint-Jin" role, as Domin calls him. He has a mate, he needs to trust him to tell him the important things, not to keep all for himself and in the process, making everyone worry, especially Logan.

- 2nd attempt of rape: This whole, let's say, arc, was painful to read. Out of nowhere this Laurent guy kidnaps Jin and beats the crap out of him. Pure torture. Worst of all, Jin, who is such a strong were-panther, could not do anything. And he was all alone. Ugg, all the blood and that creepy Laurent obsessed with Jin. Where the hell is Logan!? I yelled (mentally) all the time. Because, yes, Jin is not a damsel in distress, he may not be the regular uke, but he still needs to be protected. I hated this part, in my mind I was giving the book already 3 stars.

- Egypt: so many new characters! I was lost. In fact, I was lost at the beginning with the new vocabulary (or maybe not so new), but fortunately, they were easy to learn (sheseru, yareah, and all the other ranks that we learned in the first book. Only that I was a bit distracted with Jin and Logan

). And Jin all weak and running away was painful to read. Yes, PAINFUL, because I wanted him to be the reah he is. I wanted him to defeat all the enemies easily as he is used to.

- 3rd attempt of rape: this guy, Ammon, made me very anxious, trying to rape Jin and keeping him apart from Logan. Even I felt a prisoner, and I was just the reader (!). He has never been with a man before, but he wants to rape Jin no matter what, only because he is the reah? It does not make any sense.

- The possibility of being parents in the future: this was weird and worst of all, it does not make any sense. If the sister is going to be the surrogate mother, and she is also putting her eggs, doesn't it make her the real mother? And Logan is going to be the "father" but in reality, he will be the uncle. It would have been better if Delphine gives her eggs but the surrogate mother was another. I disliked this "solution" very much; like I said before, it is weird and senseless.

- Tons of characters: there are too many to remember all of them. Yes, some of them are already in the first volume, but even so, it doesn't help, because I already had problems remembering all of them in the first book. At least there were like, 3 tribes. In "Trusted bond" there are tons of new tribes. I could not remember who was the semel, who was the sheseru, etc, etc. Everywhere Jin goes, he meets at least 5 new guys. He supposedly knows some of them (Abbot? Laurent?) but we, the readers, don't. Who are they? Are they really important to the story? (like this Justin Cho... I learned his name only because he is Asian. Is his role in the story relevant, besides being Logan's childhood friend?). Were they already in "Change of heart"?

So I may have aged a bit reading this book. I finished it just minutes ago and I am still a bit dazed. But... but, but... there are 2 facts that makes me forgive all the pain and anxiety **clears throat**:

1. Jin and Logan's love for each other: It is not that I love the characters; it is more like I love the love they professed for each other. It is possessive, and hot, and sweet, and arggg!

I literally had to drink a cup of water every time these 2 were together. Last time this happened was on February last year, reading one of my fav fanfics

... their love is overwhelming. Logan is so alpha, but Jin is also quite possessive and crazy for Logan.

2. Jin: more like, his nature. I love how everyone is in awe because he is the reah. That word only, reah, sounds dignified and a miracle. Taking aside all the semels that want to rape him, I love that everyone wants to be near him, touch him, etc. That they are moved just to be in the presence. That he can influence people with his emotions, with his abilities. And his new ability! Fiery, scary... but awesome. My reah... arggg, he is like a God. His popularity is similar to Harry Potter: everybody talks about him and everybody think he is treasure.

I am dying to read the next one, but the road is a bit tiresome. What do I do....?? Maybe something light now and then to start "Honored Vow".