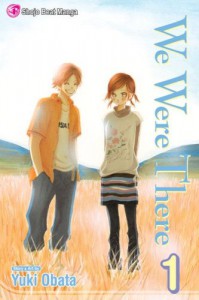 2 stars may look like I did not like the manga, but I did. It is a dramatic shoujo, way more than I thought, and it was OK. I guess I was expecting more as this is one of the most popular manga/anime. Nana is the new girl at school and she tries to get friends. She meets Yano, one of the most popular boys in school, who actually has an interesting, but sad story. His girlfriend, the first one he ever loved, died not long ago.

Yano is an OK character, but I could not get into any of the characters. Nana falls in love too quickly (one of the things I hate the most in a shoujo). She just thinks about him, 'He is nice', 'Why do I feel this way?', 'Does he likes me?', and stuff like that. I get that this is a drama-romance manga, but when the whole story focuses ONLY on this, it tends to get a bit tedious. We don't actually 'know' the other people; they are mere background to the story without any real concept/personality... except maybe the deceased girlfriend's sister.

The art is very shoujo-ish, nothing outstanding.
Tweet
3194 BOOKS